< Back to Board of Advisors 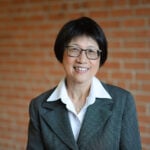 The Honorable Heidi Shyu is the current Undersecretary of Defense for Research and Engineering, the top technology role for the U.S. Government.

She was previously a member of the Board of Trustees for Aerospace Corporation, the Chairman of the Board for Plasan North America, Member of the Board for Auterion, Catalyze Dallas, Levitate Capital, VK Integrated Systems, UCLA Dean’s Executive Board, and Advisory Board for the U.S. Chamber of Commerce Defense & Aerospace Export Council.  She is the CEO of Heidi Shyu Inc. and consults for over a dozen companies.

Previously, she was the Assistant Secretary of the Army for Acquisition, Logistics and Technology, ASA(ALT), from Sept. 2012 to Jan.  2016.  Prior to this, she served as the Acting ASA(ALT), from Jun. 2011 and the Principal Deputy starting Nov. 2010.

As the ASA(ALT), she served as the Army Acquisition Executive, the Senior Procurement Executive, the Science Advisor to the Secretary of the Army, and the Army’s Senior Research and Development official.  She had principal responsibility for all Department of the Army matters related to logistics.

She led the execution of the Army’s acquisition function and the acquisition management system.  Her responsibilities included providing oversight for the life cycle management and sustainment of Army weapons systems and equipment from research and development through test and evaluation, acquisition, logistics, fielding, and disposition.  She was responsible for appointing, managing, and evaluating Program Executive Officers and managing the Army Acquisition Corps and the Army Acquisition Workforce.

Prior to this position, she was the Vice President of Technology Strategy for Space & Airborne Systems (SAS) at Raytheon.  She also held several senior leadership positions there, including Corporate VP of Technology & Research, VP & Technical Director of SAS, VP of Unmanned & Reconnaissance Systems.

In addition to her extensive experience at Raytheon, she served as a Project Manager at Litton Industries and was the Principal Engineer for the Joint STARS Self Defense Study at Grumman.  She began her engineering career at Hughes Aircraft Company.

HON. Shyu is a member of the National Academy of Engineering, AIAA Fellow, and is the recipient of the DoD Medal for Distinguished Public Service, Dept. of the Army Medal for Distinguished Civilian Service, Dept of the Air Force Decoration for Exceptional Civilian Service, General Brehon B. Somerville Medal of Excellence, the Knowlton Award from Military Intelligence Corp., National Infantry Assoc. Order of Saint Maurice, Army Aviation Assoc. The Knight of the Honorable Order of Saint Michael, UCLA Engineering Alumni Professional Achievement Award, Raytheon Hero Award, University of Toronto Fellowship.