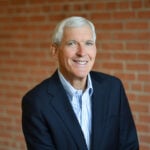 Mr. Leppert’s professional experience spans developing major strategic initiatives for corporate clients as a Principal with McKinsey & Co., managing large international companies in the role of CEO in a range of industries, leading a major US city as the elected Mayor and serving as a White House Fellow.

From 2007-2011, he was the elected Mayor of Dallas. Mr. Leppert aggressively pursued policies that dramatically improved the quality of life in Dallas. In the areas of public safety, economic development, education and the environment, Dallas emerged as one of the focal points in the nation. In public safety, he directed a major expansion of the police force, which resulted in nearly a third reduction in both violent and total crime during tenure. During his tenure, he also guided major new investments in the areas of infrastructure, downtown, tourism and hospitality. He was actively involved in education, pioneering several innovative educational programs. He served on the Executive Committee of the US Conference of Mayors.

Leppert has led major national and international corporations in the areas of construction, financial services and banking, homebuilding, real estate and education. He served as the Chairman/CEO of The Turner Corporation, the nation’s largest general building company. During his tenure, revenues grew from $4 billion to nearly $9 billion. In addition, he guided the establishment of new enterprises in insurance/risk management, logistics and education/training among others. Most recently, he was the CEO of Kaplan, Inc., a global multi-billion dollar educational services company.

Previously, Leppert was Vice Chairman of Pacific Century Financial Corporation and its major subsidiary, the Bank of Hawaii; President and CEO of Castle & Cooke Properties, Inc.; and a National Partner at Trammell Crow Company. He began his career at McKinsey & Co. where he was elected a Principal.

Leppert served as a White House Fellow in 1984 under President Ronald Reagan, working both in the Office of the Secretary of Treasury and the Office of Policy Development in the White House.

He currently is Chairman of the Board at “View Inc” and “Austin Industries” and serves on the Boards of large public and private companies in the United States and Europe and is involved with several other enterprises.

A lifelong community volunteer, he has served numerous community groups and charitable organizations on both the local and national levels. Leppert has chaired the West Dallas Community School, the Greater Dallas Regional Chamber, Hawaii Business Roundtable, the Bishop Museum, the leading natural history museum in the Pacific and the DCFR. He has also served on the boards of the US Chamber of Commerce, National Building Museum, Baylor Healthcare System, Dallas Zoological Society, Dallas Citizens Council, Claremont McKenna College and Harvard Business School Alumni.

Mr. Leppert’s has been recognized nationally for his leadership including “CEO of the Year” by D Magazine, the “Texas Businessman of the Year” by the Texas Association of Business and many more.